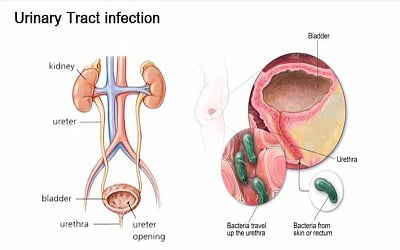 UTI’s are a common type of infection in sexually active females caused by bacteria originating from the rectal area. One in every 2 women’s suffer from UTI in their lifetime

Females acquire UTI more often due to the shorter proximity between the urethra and the rectum, microorganism invades from the rectum and enter into the bladder, the unhygienic sexual practice can introduce bacteria into the urinary tract.

Burning sensation during urination, frequent urge to urinate, pain in the back or lower abdomen, cloudy dark and strange smelling urine with fever and chills are the signs of UTI

The urologist will advise drinking lots of water and prescribe antibiotics and pain reliever, managing UTI’S include hygienic practice after using the bathroom that is washing from front to back.

We believe in affordable specialty healthcare for all.

Your Search for Urocare Ends Here.